With increasing saturation of Out of Home advertising, breaking through as a brand has never been more difficult. Many brands compete with one another including the big brands for presence, especially in top locations such as Lagos and Port-Harcourt, jostling for the attention of consumers.

Most of the time when industry analysis reports are published, only major players in such as those in the Telecoms, Beer, Dairy categories are often mentioned because of their popularity for spending heavily on out-of-home advertising. The industry is virtually dominated by these big spenders and tend to overshadow other brands struggling to have their voices heard.

Today we are not focusing on the money bags but those who have been able to put their heads up despite the noise in the out of home industry and 6 notable brands that have been highlighted based on how they were able to execute their campaigns across the country informed by data collected from the comprehensive national audit of the OOH landscape pan Nigeria carried out by TMKG in Q3 of 2019.

Mr. Chef, a product of Sweet Nutrition strengthened the brand presence with a colorful “Create Delightful Memories” campaign material. The campaign showcases the new design of the following an earlier rebranding of the seasoning brand. 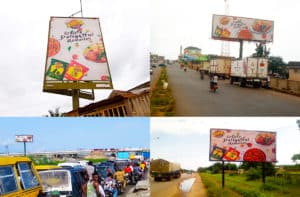 The brand competes with the likes of Nestle’s Maggi, Promasidor’s Onga, Dangote’s Seasoning, Olam’s Vedan and others in the seasoning category for share of presence and spend.
In terms of presence, the campaign was executed in Lagos and Oyo in the South West; Abia and Enugu in the south East; Rivers in South South; Fct, Plateau, Kwara in North Central; and a larger share of spend and presence deployed in North Western states including Kaduna, Kano and Sokoto. 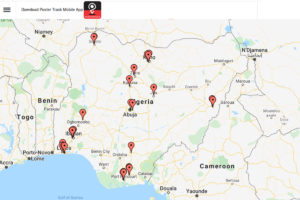 Intercontinental Distillers Limited (IDL) in the quarter under review executed OOH advertising of six of their spirit brands, one of which is the Chelsea London Dry Gin. The Chelsea “King of Gin” campaign took a 51% share of an estimated spend of N192million from the IDL portfolio. The campaign was executed in 8 states of the South and Abuja on Large formats. 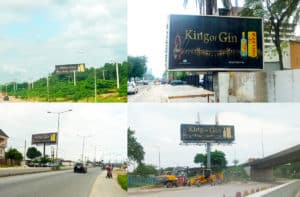 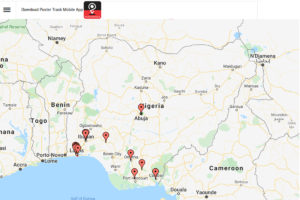 Lord’s Dry Gin, a brand of Grand Oak, is one of the top Nigerian gin brands in the spirits category in spend. In Q3 of 2019, they invested in out of home deploying the “Be the Lord of the City” campaign on Digital OOH and other Large formats across 11 states in the South of Nigeria and Abuja with 82% of spend in Lagos alone. 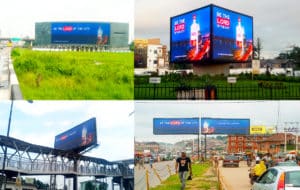 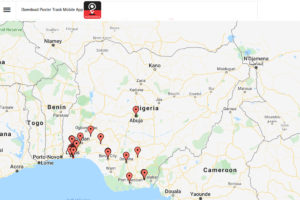 Gala, a household brand of UAC Foods in the pastry/snacks category well known for the creative content simplicity of the “Instant Refuel” out-of-home campaign, go deployed by the  later in the quarter. 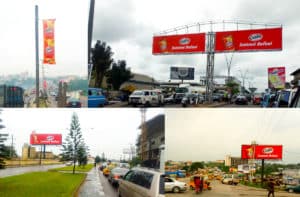 The campaign was executed on over 51 sites across 21 states, making it one of the major brands with almost a nationwide presence of out of home boards estimated to be worth N81million with the Unipole format accounting for 55% of spend. 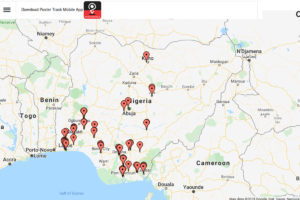 Supreme Ice cream is another brand of UAC Foods that had a fair share of presence in Q3 of 2019. 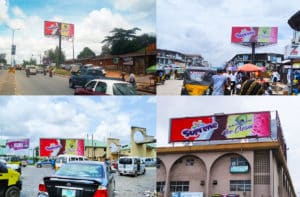 The “Rich and Creamy Ice Cream” campaign received a lower share of budget from UAC. The brand had a decent share of presence in over 9 states including Oyo, Abuja and Imo making the largest share of spend after Lagos. 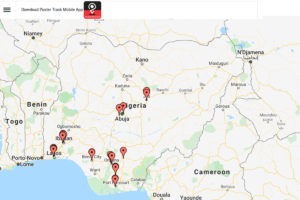 Mr. Muscle is a home-care product of SC Johnson, in the disinfectant/antiseptic category. The brand made an effort to increase its share of presence as the “king” of floors and kitchen cleaners as seen in the deployment of the brand’s out of home “Get the Power in One” campaign in strategic locations in Lagos, Rivers, and 4 other Southern states. 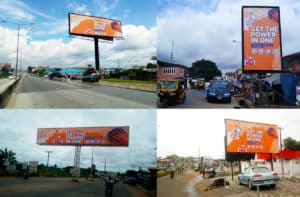 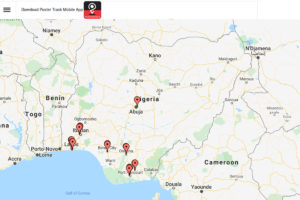 In conclusion, all of these brands cited upped their voices in different ways by engaging various OOH deployment strategies such as Mr. Chef and Gala sites spanning a larger geographical area while other brands such as Mr. Muscle concentrating on specific cities and regions; and Lords Dry Gin focusing on strategic formats to achieve their awareness goals.

​Though the big money spenders still dominated the out-of-home industry in the quarter under review, it’s no doubt that these other brands have managed to keep up their heads in the tussle for brand presence which may be as a result of factors including access to formats such as LEDs and areas normally dominated by bigger brands in other categories. 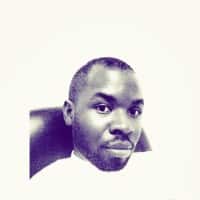 Femi is Business Development Lead at TMKG Consulting. He is Passionate about helping brands to track and optimise their marketing and media investment.